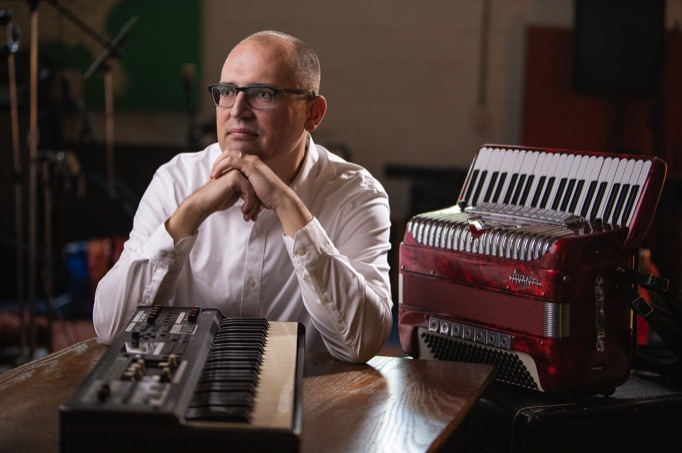 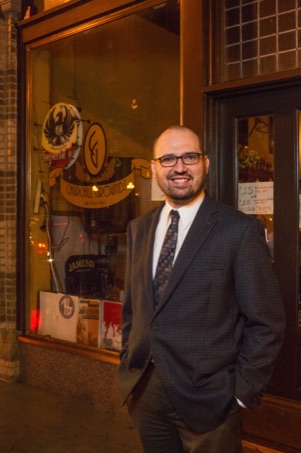 MATTHEW KAMINSKI is a rare breed. He’s a musician who performs for a crowd of 40,000 people at least 81 times a year. That’s because Kaminski is the Atlanta Braves (Major League Baseball) organist and plays all their home games.

Matthew is a versatile musician who’s proficient on the piano and accordion as well as the Hammond B3 organ. He’s been playing for the Braves since the 2009 season. A popular figure in the baseball world, he’s known for entertaining the crowds with funny musical asides when a player from the opposing team is announced. NBC Sports online once wrote that “The Braves Organist is the Coolest Guy in the World.” In addition to playing for the Braves, he also plays for several college baseball teams, and the Atlanta Gladiators (ECHL hockey team). Matthew has been featured in The Atlanta Journal Constitution, Fox 5's Good Morning Atlanta and Good Day Extra, NPR's Weekend Edition, the BBC, and has received positive "on air" reviews from Braves announcers Don Sutton (Hall of Fame pitcher), Chip Carey, Joe Simpson, and Jim Powell.

Kaminski learned to love music from his father, a Polish immigrant who played the accordion and sang polka tunes around the house. He began studying the organ at the age of five, and continued studying through college, earning a Master of Music degree from Georgia State University. While attending both The University of Arizona and Georgia State University, Matthew was fortunate enough to perform with Jimmy Heath, Jon Faddis, Joe Lovano, Conrad Herwig, Scott Wendholdt, Dave Samuels, Dave Freidman, and other master jazz musicians. Moreover, Kaminski has taken private lessons in jazz organ with Ike Stubblefield, Tony Monaco, Scott Giddens, and Larry Goldings.

Outside of his seasonal day job, Kaminski is a very busy performing and recording artist. He’s released three studio CDs on Tony Monaco’s Chicken Coup (Summit) Records: Taking My Time in 2010, Swingin' on the New Hammond in 2014, and Live at Churchill Grounds in 2016, as well as a self-released digital album in 2013 of music from the ballpark called Stadium Organ Sounds. His most recent self produced recording, Baseball Organ in Hi-Fi, features full solo organ versions of the fan favorite songs often played at Atlanta Braves games. In addition to these solo efforts, Matthew writes music for, plays, and sings in a rock and roll band called Fairfax and 3rd, that's influenced by the Beach Boys, Beatles, ELO, NRBQ, and other harmony based bands. Fairfax and 3rd just released it's first CD single in 2019, Back to Vinyl / Wanna Make You Happy.

Kaminski is proud to have been chosen as a Hammond Organ/Leslie Speaker Artist. He performs regularly on the Hammond SK1, SK2 (which is the organ Matthew plays at Truist Park, the home of the Atlanta Braves), XK3, and Leslie 21 System speakers.